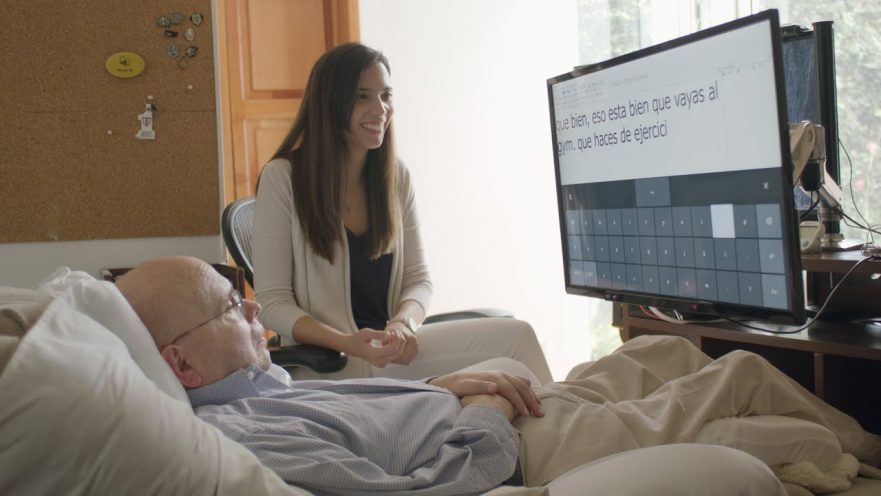 Can you teach an old nerd new tricks? For Otto Knoke, the self-proclaimed “oldest nerd in Guatemala” who has suffered from ALS for 20 years, the answer is a resounding yes. An admitted (and proud) workaholic, the 60-year-old data analyst is a well known fixture of the Guatemalan business community, having helped modernize the banking industry by introducing ATMs into the country 20 years ago. Sadly, right around that same time, Knoke was diagnosed with ALS (better known as Lou Gehrig’s disease), and was told he only had two years to live. But rather than give in to the disease, Knoke relentlessly researched ways in which technology could help him overcome his condition and thrive–a determination and drive which has paid off. Today, some two decades later, Knoke has become the first person in Guatemala to use Microsoft’s new eye-tracking software for Windows 10, called Eye Control, enabling him to literally type with his eyes and use Microsoft Power BI to analyze his clients’ business data. For Knoke, who has always been a tech early adopter, this revolutionary Microsoft technology has not only helped his business continue to boom, but more important, it’s enabled him to communicate more meaningfully with his loved ones and strengthen those relationships. Watch this truly fascinating and inspiring video to learn Otto Knoke’s full story.